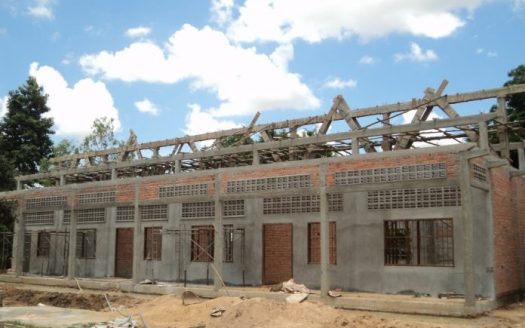 The government of Tanzania has announced to at advance stages of commencing construction of 67 new district health facilities countrywide. Prime Minister Kassim Majaliwa announced the reports and said that the projects are aimed at reducing challenges confronting people from rural areas.“The plan is to have quality healthcare closer to the people so that they don’t have to travel long distances to access the services in distant facilities. This focus is on enhancing Universal Health Insurance (UHI) coverage among citizens by establishing health insurance schemes with affordable packages to cater for all the citizens,” said Kassim Majaliwa.

The Prime Minister further said that the government has set aside US $649000 for renovations of an existing hospital, Misungwi District Hospital and also urged local authorities to start mobilizing funds for the construction of dispensaries through which the government will be able to provide medical supplies and health care staff.

Majaliwa reiterated the establishments commitment towards constructing more district hospitals and health centres in the next fiscal year. He however explained that Tanzania has currently over 16000 villages across and while the government may not be able to build dispensaries in all areas immediately, local authorities have been instructed and encouraged to erect the required structures for at least providing basic and minor treatments.

“ We cannot cover all the villages countrywide with dispensaries but the local authorities should ensure they erect the required structures which as a matter of fact require just a small area for minor treatments,” said Majaliwa.

Meanwhile the government has sought to strengthen health care services by raising the medical supplies budget to enable payment for essential medicines, immunization, medical equipment and reagents to over US $130m in the 2018/19 financial year, compared with just over US $15m in FY-2015/16.

Construction of Modern Mbezi Bus Terminal in Tanzania kicks off