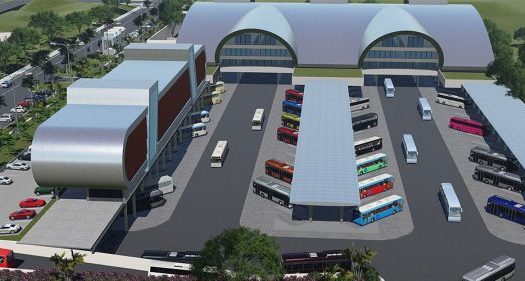 Tanzania is set to kick off construction work of the long awaited new modern upcountry bus terminal at Mbezi Luis outskirt of Dar es Salaam at a cost of US $22m.

Dar es Salaam City Council Director, Sipora Liana confirmed the official commencement of the project and said Hignan Construction Company, the Chinese firm contracted, have already fenced the site with iron sheets, and started clearing the site as well as erect sign boards and set the equipment ready for next stage of construction.

The Modern Mbezi Bus Terminal will be bigger and spacious therefore eliminating congestion completely. Commuters and traders will also benefit greatly due to the high number of buses that the terminal will serve.

The terminal which will be carried out in two phases will serve 700 buses on a daily basis. Upcountry buses currently using the Ubongo Bus Terminal (UBT) will also be relocated to the new terminal.

Phase one of the project will take one and a half year where else phase two will commence afterwards with construction of hotels and shopping malls. The City Council Director added that 67 residents have already been compensated to the tune of US $4m and evaluation is being out on the remaining eligible residents to facilitate prompt compensation.

“This upcoming bus terminal will be very modern so Dar er Salam residents and those living in neighborhood region will greatly benefit from its services and also change their financial fortunes. Both government and local authorities are optimistic that the overall benefits of the project far much outweighs the cost